During 2012 we decided to take a different approach to our annual roadshows for home support staff across North Lanarkshire. We wanted to make the roadshows more interactive, and to give this very large staff group, who often work in quite isolated ways, an opportunity to have their views heard. So we took along life-size cut out figures of celebrities and we asked the staff to use post-its to stick on the cut-outs, to say what they felt about their job, what they thought about their job and what they would like to change. During the events, we were able to use wordclouds,which is a graphic display tool that gives prominence to the words used most frequently, that then could be displayed on PowerPoint. And there were some big themes that came up time and time again, which included that the staff wanted to be treated with respect and dignity, similar to key outcomes identified through research as important to people who use services.

The second half of the roadshows consisted of discussion groups of six to eight staff each, including staff from admin, home support staff and management. We had trained 14 home support workers as facilitators and they did all the facilitation. They used flipchart paper to record the comments that staff made about what was important to them and how things could improve. Later, we typed it all up and we worked with a group of staff collectively to do some qualitative analysis of the data. We basically cut up the different comments and clustered them into recurring themes. So the series of themes included time, communication, car use and medication. Equal pay was mentioned at every single road show. Dignity, respect and being listened to were hugely important, in terms of how staff are spoken to as home support workers, and how they are treated when they phone in to the office. So the staff took that data, and developed their own presentation, and their action plan, and they went along to present to the senior management team. They have also gone out to the localities since then to present the same material. So now each locality is developing their own action plan and they have got continuous improvement forums, which I think is an important step forward for this staff group. There is now a big focus on equal pay, so they are considering how to improve car use and pool cars. There were a few easy things to sort under the theme of dignity and respect. For example, people were talking about having to justify needing new uniforms and sometimes having to produce the worn out items before being issued with replacements. The flipside of that is that staff who work with the council have a duty to look smart and should be able to get the uniform easily without going through a checking process, so we've made sure there are plenty of uniforms for people who need them. So there were quick wins, which addressed the dignity and respect issues raised by staff, and some of the other issues we are working towards in the longer term.

With all the positive focus on outcomes for people who use services, I think it is really important that we consider outcomes for staff too. And home support staff tend to be an undervalued, lower paid and a largely isolated workforce. We are doing a lot of work locally to try to give staff opportunities to be better supported and to feel valued. Using the qualitative data from the roadshows gave us an evidence base to take to senior management and to localities, to make the case for change. Involving the staff directly strengthened the message and hopefully in itself gave them increased dignity and respect. We will be able to check progress until and during our next roadshows. 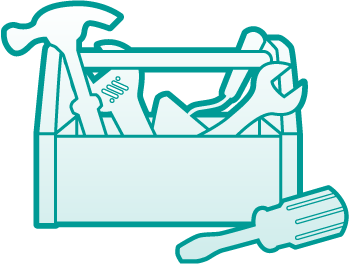 For more information on this collection see the Outcomes Toolbox page.